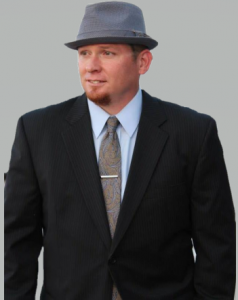 Barry was born and raised in Flint, Michigan and is a first-generation college graduate beating his niece by a mere two years.

Barry moved to Oregon in 1999 and save three years to attend law school in Lansing, Michigan has been here since. Prior to becoming a lawyer Barry had a multitude of occupations including being a Pre-School teacher, a political organizer and a chef.

While not practicing law, Barry loves to spend time with his wife Amy, two sons Meshach and Everett and their husky Rue. He also is and avid hiker, backpacker, snowboarder, plays ice hockey and is a die-hard Detroit Red Wings fan.

Member of the Oregon Bar since 2018