Back to Auto Accident Page

Attorney Jennie Clark become interested in auto accidents after she was rear-ended three times in one year by at-fault drivers early in her legal career in Portland, Oregon. Her worst accident involved a drunk driver. At the time she was hit by a drunk driver, she had a caseload of criminal defense cases, which was comprised mostly of drunk driving cases, many of which she later tried to a jury. After her accidents, she was miserable defending drunk drivers because she was in pain 24/7 thanks to the drunk driver that hit her and along with the other idiotic drivers who obviously were not paying attention to the road in front of them. Jennie was scheduled to try approximately a case a week and someone had to give her a ride to the courthouse because she was on too many pain medications to drive. She had sharp stabbing pains that ran down her leg when she walked up the courthouse stairs to try the drunk driving cases. Jennie mentioned to her clients that she wasn’t too keen on drunk drivers at the moment due to her recent injuries but none of them were kind enough to fire her. She couldn’t quit because she was court appointed and under a judge’s order to defend the clients. While trying the cases, she had to sit on a cushion with a doughnut hole because her tail bone hurt. She tried to take minimal pain medications to leave her slightly in pain because if she took too many medications she would mouth off to the judge.

During one of her drunk driving trials, Ms. Clark strongly believed her client was innocent and was enthusiastic about the trial. The police failed to fingerprint her client. He provided photos of his evil twin “cousin” and he had two alibi witnesses. However, the two witnesses did not obey their subpoenas and appear for court. So Ms. Clark telephoned both of them. They both told her that her client had asked them to lie on the witness stand. Since Ms. Clark had no other witnesses, the judge stated that there would be a ten minute break and then closing arguments. During the break Ms. Clark prayed for the strength to give good closing arguments and then asked for a different type of work. While giving her closing arguments, another attorney sat in the court room and watched her. At the end of the trial, he complimented her on her closing arguments and asked how she liked practicing law. She told him that she hated it. A few days later the attorney who observed her closing arguments, an experienced personal injury attorney, offered to hire her as an independent contractor and mentor her in personal injury law.

Now she puts her trial experience to work fighting for innocent people who were going about their daily lives and injured due to no fault of their own and are now stuck trying to heal from their injuries while trying to juggle the rest of their life. Ms. Clark has moved on with her life. Now that she is no longer in pain 24/7, she has forgiven but not forgotten the drunk driver and all the other drivers that hit her. Now that she is older and a little wiser, she sometimes represents those accused of drunk driving and truly hopes she can assist the guilty with finding a better path. Of course, she wants no innocent person to be convicted of a crime. She also realizes that all of us who have been driving for any length of time have committed a traffic violation that could have caused an accident. Most of us get away with a traffic violation now and then without repercussions. All of us stupid drivers deserve some measure of forgiveness. That’s what auto insurance is for!!!

Ms. Clark suffered in chronic pain for about two years. Through her recovery process, she learned about the resources available to those suffering from accident-related injuries. She hired an attorney for all three of her auto accidents who failed to return repeated phone calls for months and who negligently allowed her case to be dismissed after it was filed. Without mentioning names, he was subsequently sanctioned by the Oregon State Bar for his failure to properly represent multiple clients. Thus, she knows what it is like to be injured and have one’s daily life activities and ability to work affected. She knows what it is like to go through a maze a treatment providers to get better. She also knows what it is like to have an attorney completely fail her. Naturally, she tries to provide her clients with better understanding and representation than she received when she was injured. Ms. Clark understands the auto accident recovery process, while simultaneously giving a legal analysis and looking at each case from the perspective of a trial lawyer. Ms. Clark is a member of the Oregon and Washington Bar and can handle auto accidents in either state. 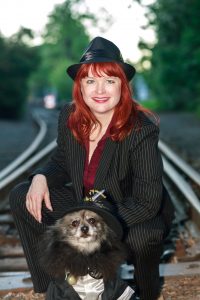